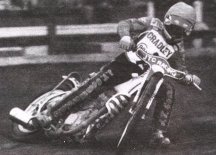 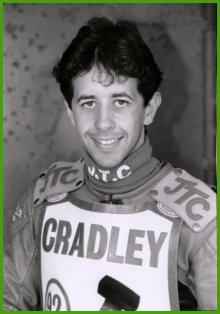 Andy Phillips joined the bunch of riders to have ridden for both Cradley and Wolves when he became a Heathen in the Summer of 1992. It was a loan transfer to strengthen the reserve pairing that had held the team back all season. An impressive start helped his new club to some improved away performances and home victories, including a point-making score of 9 in the challenge draw at Wolves.

The Dudley-Wolves Trophy was Phillips' inspiration for his best score in a Heathens race jacket of 12 at home, followed by his best away performance for the club with an impressive 10 in the second leg. His form was enough to bring the overall team performance to a new level for the season, and Andy settled well at Dudley Wood. The Heathens reached the semi-final of the Knock Out Cup, and on only one occasion did he fail to score (away at Oxford).

The agreed loan period came to an end with the 1992 season and Phillips' days in red, green and white were soon over. His challenge to improve the reserve strength was complete but it was another move again for the Midlands-based rider after just under 30 appearances for Cradley and over 130 points.