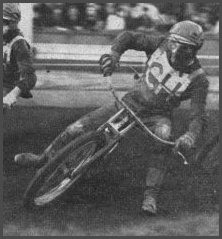 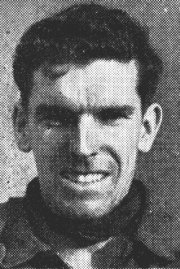 It was the farewell season to an illustrious British career when Chum Taylor finally pulled on a Cradley Heath race-jacket. After arriving on these shores from his native Australia in 1951, Chum rode for six other clubs before becoming a Heathen in 1966.

Johnnie Hoskins had originally brought him over to sign for Glasgow Ashfield, but before the '51 season was over, he had been transferred to Cardiff. There he dislocated his shoulder to set back his early progress and ahead of the 1952 season, he also suffered a broken neck in Australia. Despite the injuries he became more settled at Cardiff and then it was up-sticks again and off to Bristol in 1953. They dropped to the Second Division the following year, duly won that league but then closed due to poor attendances and Chum headed back to Australia.

He was tempted back for a four year spell with Southampton, beginning in 1958, during which he broke a wrist and killed a nerve in his right shoulder. The latter injury was to leave him partly paralysed and with effects that he would carry for the rest of his life. It wasn't enough to stop him riding though and after another spell back in Oz, he moved on to Oxford (1963) and then Poole (1964).

And so to Dudley Wood for the start of 1966, his final season in the Britain. It was a baptism of fire with away derbies against both Wolves and Coventry, but once finding his feet, Taylor was still able to contribute consistently solid scoring to a Heathens team including Ivor Brown, Howard Cole and Chris Julian. His best performance was a twelve point haul at Sheffield in August, which came towards the end of a purple patch during the summer. In three consecutive home matches during July, he hit double figure scores which proved to be a real turning point for the club, after an indifferent start to the season.

We didn't manage to get Chum at his very best. That was probably six years earlier when he achieved his only World Final appearance, scoring 5 points at Wembley. But he did claim the Australian Championship during his year at Cradley which had previously eluded him. Maybe we should count ourselves lucky to have got him at all, given the scrapes he seemed to end up in and the subsequent injuries he received. There were actually very early indications that Chum would be in for an eventful career, even before he was born. He tells the story that he was nearly not born at all after his mother was hit by a stolen car when pregnant. Later in life, he was involved in another lucky escape when standing side by side with a friend near his home in Perth. They were bizarrely mistaken by a hunter for Kangaroos, and a bullet missed him by inches just before going through his companion's cheekbone.

We did get the privilege of one of Australia's many great riders on track in the famous Green and White Heathens colours. Amongst other things in his distinguished, if seemingly chaotic career, he picked up the tag of "Master of Claremont Speedway" due to his domination around the historic Australian circuit. Another proud addition then to the Heathens Hall of Fame.

[Written by Steve Johnson, 2001]
[Some information taken from an original interview by Tom Johnson, 1993]

Chum finally retired in 1973 after responding to an SOS to ride for Australia in a test match against England, aged 46. His life story 'A Dangerous Life' by Geoffrey Miller QC was published in 1986. His son Glyn, born in Cardiff while Chum was riding for the Welsh side, enjoyed numerous spells in the British Leagues, most notably with Sheffield in the mid 90s.