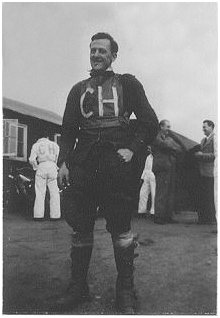 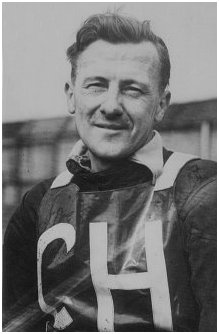 Geoff began his racing career at Melton Mobray on a training track owned by Wilf Plant.  He served as a Lieutenant Commander in the Royal Navy during the war.
Geoff broke his neck in a crash at Bradford in 1945 but recovered to join Middlesborough the following year and featured in the League winning team in 1946 and 1947 but never really made the headlines with riders like Wilf Plant, Fred Curtis and the Hodgson bothers in the team.
When racing ended at Cleveland Park in 1948 Geoff joined the Heathens, he had a good season in 1949 up until July when he had a spill at Dudley Wood resulting in him suffering concussion, he missed the next couple of months, coming back in October and picking up just two points from three matches, his best score of 11 points against Edinburgh in June.

He had just three matches for the Heathens in 1950 scoring 1,2 and 7 before joining Ashfield but it was always going to be difficult at the age of 45 and so he retired after nine matches.

Geoff sadly passed away in 1981