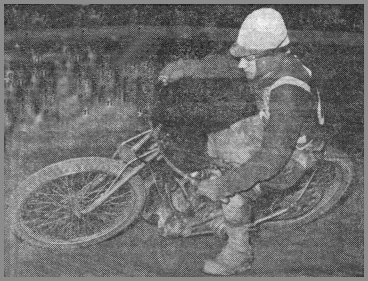 Younger brother of Dick Tolley, Les made the step into the Heathens team in 1949, a good steady performer had four years at Dudley Wood before they closed in 1952 then he moved to local rivals Wolverhampton in 1953 then Coventry in 1954/5 but Cradley has his best years.

Les was involved in one of the most incredible crashes of the early Cradley years, when he had a miraculous escape at Tamworth. When he hit the fence, his machine shot up into the air and got suspended on one of the arc lights. Les was catapulted over the fence, but managed to get up and walk away - just slightly shaken! 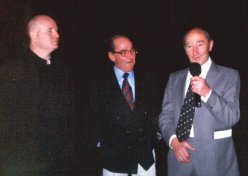 Unfortunately Les passed away in February 2018. His funeral at Grafton Flyford church near Worcester on 28th February 2018.  R.I.P. Les from all who remember you as a true Heathen.