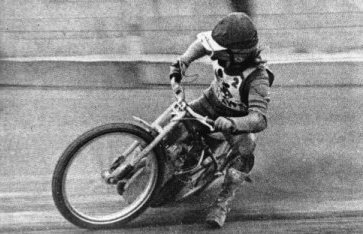 Nigel Wasley lost his life due to his love of Speedway. After a career of seven years, he died in 1979 of injuries sustained in a track crash two months earlier. 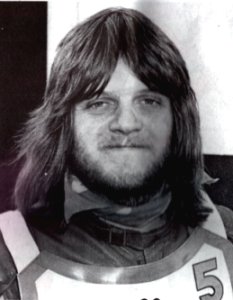 Wasley rode for Cradley during the season of 1976. He had been signed after an impressive season in the National League with Crewe where he had achieved an 8.00 average for the Kings.
He began riding at Wolverhampton in 1970 and spent the following few years in second half events including outings for the Wolf Cubs junior side. He made his breakthrough into first team racing with Chesterton (Stoke) in 1973, before moving to Ellesmere Port in '74, and then to Crewe in '75. During this time he was called upon by the Wolves for British League action on numerous occasions.

The permanent step up to the British League in '76 with the Heathens proved to be a big leap, and although Nigel gave a good account of himself and achieved a creditable reserve average of 3.31, it was with no surprise that he moved down again to the National League. He returned briefly to Ellesmere Port before being transferred at his own request to Edinburgh where he regained his form and confidence. Unfortunately, his time with the Monarchs was hampered by machinery problems and at the end of 1977, Nigel declared his retirement from the sport.

It was a retirement to last for over a year, but with the birth of the Nottingham Outlaws in the 1979 National League, Wasley was tempted back into action. The season saw him gradually improve again and he was looking like he could reproduce his previous form when the fateful accident occurred. Friday 14th September marked the sad ending to the story, when Nigel tragically passed away.