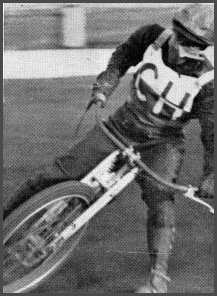 Thanks to Vic White himself for providing the information:

[Taken from the Cradley Speedway Database including all meetings]

Vic first rode Speedway at practice sessions in 1956-58 at Rye House and Eastbourne. He then joined Southern Area League Ipswich in 1959 to begin what would turn out to be more than 25 years of professional involvement with speedway. After one season with the Witches however, he was transferred to join Cradley in the Provincial League. He stayed with the Heathens for two seasons and left to join Leicester at the beginning of 1962 where he became captain and provincial league track record holder. 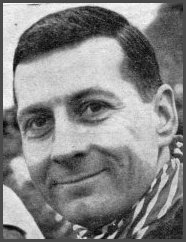 In 1963 the Leicester team moved 'en bloc' to Long Eaton and Vic stayed for one more season before linking up with Newport in 1964. Another move saw him loaned to Belle Vue in 1965 only to be recalled when Dick Bradley suffered a broken arm. He then remained with the Wasps until 1967 before a return back to Long Eaton. Along with Ray Wilson, White was one of the first riders to make the bold change from JAP to ESO (now Jawa).

Despite retiring mid-way through 1968, he was tempted back into action for the remainder of the season, this time with Reading, before finally hanging up the leathers for good.
Vic moved almost immediately into participation on the other side of the fence, becoming joint promoter at Long Eaton in 1969 alongside Ivor Brown. The following season the partnership went on to open speedway at Scunthorpe.

From 1971 to 1975 he became Team Manager at Leicester for Ron Wilson and Reg Fearman, and in 1976 made his return to Dudley Wood. He served as General manager, as well as team manager, with the Heathens before the ownership of the club changed hands and Vic was on his way back to Leicester, this time as co-promoter with Fearman. He left the Lions at the end of 1979 and took a year off from any involvement in the sport, but was then back in 1981 to take over as team manager of Coventry. After two seasons at Brandon. he spent 1983 as 'Southern' team manager for Glasgow, and then returned once more to Long Eaton. As team manager of the Invaders, he led the club to the league championship in 1984 and then eventually bowed out of an official capacity at the end of the following season.