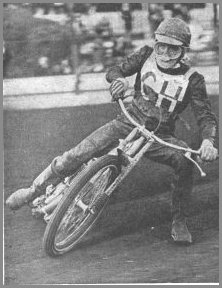 [Statistics taken from the Cradley Speedway Database includes all meetings] 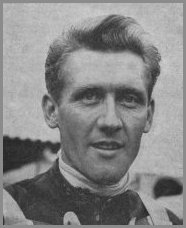 Jack started riding in Adelaide in 1956/7 but first came to Britain to join Southampton in 1959, he struggled at first and in 1961 was signed by Provincial League Plymouth.
He was boosted by a win on the Football pools and the extra finance gave him the impetuous he needed and he finished the season with an incredible average of 11.12 from 21 matches, this put him second in the League averages behind Reg Reeves.  He was so good around Pennycross (Plymouth) he dropped only four points in League and cup.  Jack doubled up with Southampton too and scored maximums on two occasions in the National League, he just missed a place in the World Final when he was eliminated in the British Final.
Southampton and Plymouth were both dissapointed when he decided to stay at home in Australia the following year.

He signed for Cradley in 1967 then promptly went and won the Australian Championship.  It took three matches to settle in with eight points at Monmore Green (Wolverhampton) and six on his debut at Dudley Wood against the Wolves.  He then rattled in double figures Sheffield, Oxford and at home to Poole.
However it was short lived and he tailed off before leaving the Heathens in June.