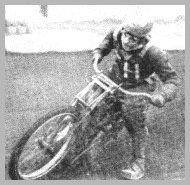 
[Taken from the Cradley Speedway Riders Database includes all matches] 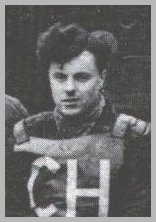 Phil Malpass enjoyed spells at the Wood not only as a rider for six years, but also as team manager.He was made captain of the side in 1950, leading the team until the track closed in 1952.

Phil's career began at Perry Barr, Birmingham he was reserve for the Brummies and helped out at the famous Tiger Stephenson training schools. He was signed by promoter Les Marshall and moved to Dudley Wood to gain experience. His occupation as a journalist prevented him from competing in more than 24 matches of the first season, but he showed significant promise and earned a team place for 1948. He continued to develop as a rider and moved up to the second division with the Heathens in 1949, despite missing the opening matches with a broken finger sustained in practice.

1950 saw the breakthrough that projected Malpass to heatleader status, as the club rose to third place in the league. The following year, Cradley plummeted to the opposite end of the table but Malpass improved further. He had considered a transfer to a first division side when riding well, but decided to stay at the Wood because of the departure of Alan Hunt to Birmingham.

Phil was an ever-present in 1952 and became the first rider to break the 70 second barrier around the Cradley track. The club closed for eight years at the end of that season though, and he moved on to Birmingham in the first division. It was when the stadium re-opened in 1960 that Malpass was appointed team manager, but he later found difficulty in attending away meetings and handed over to Roy Moreton. Being a professional journalist, he continued to write programme notes for race-nights at Dudley Wood until handing over to Tom Johnson in 1963.

Sadly Phil passed away on 4th April 2011 after a long battle with cancer. He was 88.