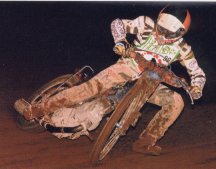 Stuart joined Cradley from Middlesborough on a full transfer in 1996. He took time to settle down but with some help from boss Jan O Pedersen and a drop down to reserve he began fit in with the team.

Perhaps it was a little early in his career to join a Premier League club but the offer came after Scott Smith decided to join Sheffield and Jan O' decided that Stuart was the perfect rider for the team.
He had some great highlights at Loomer Road (Cradley's home track for 1996) his best score was against Coventry in May where he delighted the crowd with a score of 11 paid 14 from 7 rides, he repeated the score the following week against Bradford with another 11 points plus 1 bonus.
However it was short lived when he took a nasty tumble at Bradford in June when he went down heavily in a first bend spill, this was followed two days later when he was taken to hospital in Reading following a heat 8 crash where he badly cut his leg.  His best score after this was 7 points on the Heathens Swedish tour at Smederna.

A very important part of the Heathens squad for 1996, Stuart finished with an average of 3.68 for all the matches or a League/Cup average of 3.58. 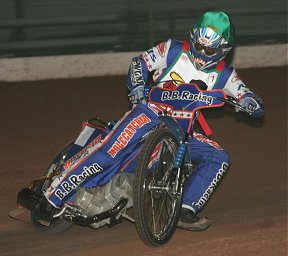 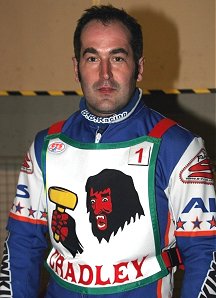 Stuart went on to join Newcastle after Cradley's closure where he was a great hit with the fans with his never say die riding.

He captained the Heathens Academy team at Birmingham in May 2009 and scored a maximum to lead the team to victory in the Hammer and Barr Trophy.

Still winning Trophies in 2009 now that can't be bad.  Best of luck Stu!